Making a commitment to fighting for the climate means first identifying and then reducing the carbon emissions that our activities generate on a daily basis and determining how we can react. 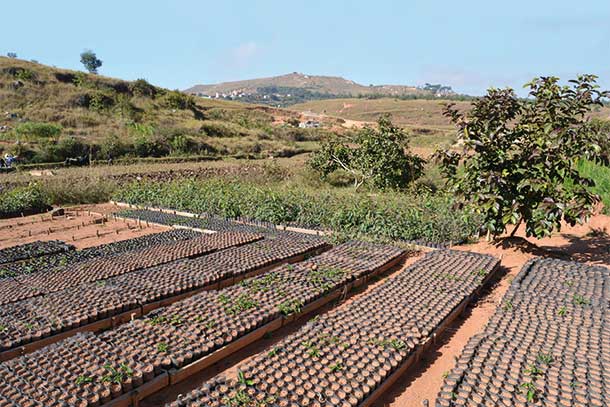 Madagascar: from a red island to a green one

With 44% of its natural forests lost in 60 years and 150,000 hectares disappearing every year, Madagascar is one of the most alarming cases of deforestation in the tropical world.


To remedy this, the Government of Madagascar has set itself the goal of replanting 60 million trees per year (including acacias, eucalyptus, fruit trees, clove trees and vanilla trees), as such reforesting 400 km2 of the country. Deforestation, mainly due to slash-and-burn cultivation (rainfed rice, maize, peanuts), on the world's 5th largest island endangers endemic species, almost all of which live in Madagascar's forests. The awareness of national authorities is all the more commendable as reforestation is the most effective natural method to tackle global warming, as oceans and forests are the main carbon sinks on Earth. Thanks to this reforestation policy, the red island (referring to the laterite that colours its plateaus) of Madagascar could become a green one in a few years.

THAT SERVES OUR COMPANY'S OVERALL PERFORMANCE

For many years, CEPOVETT Group has placed sustainable development at the heart of its business strategy, operational processes and systems, underlining a commitment to socially and economically responsible occupational clothing.

VIEW ALL OUR RESULTS

Operation "One child, One tree"