SHARING OUR CSR VISION
WITH OUR STAKEHOLDERS

Find all our past actions

CEPOVETT is proactive in the "SDG AMBITION ACCELERATOR" PROGRAMME

To reach the 2030 targets, the UN has decided to support businesses in implementing tangible initiatives.
In 2021, CEPOVETT was selected to be part of the international "SDG Ambition Accelerator" programme, a series of workshops developed by the United Nations Global Compact, hand inhand with Accenture and SAP. As a Global Compact member, CEPOVETT has stood out by embracing the SDGs in its CSR approach and by the progress it has made on these topics. This programme, which kicked off in 2020 in a 100% digital format, intends to prioritize initiatives that will ramp up business contributions to the SDGs as well as set more ambitious SDG targets based on best standards. At the end of this 6-month training period, skills assessment will be carried out. This checklist, enhanced with CSR challenges, will be used by CEPOVETT as a frame of reference.

Working towards an SDG roadmap for 2030

The end of the 2019-20 cycle is an opportunity for the company to realign its corporate vision, mission, ambitions and values with the challenges of the next decade. Indeed, 2030 is the deadline set by the UN in 2015 for achieving the 17 sustainable development goals planned by the 193 member states in 2015.
The next ten years will therefore be decisive for the achievement of these SDGs, which represent a series of major challenges for the textile industry (responsible production and consumption, the fight against climate change, conservation of aquatic life and protection of the environment, workplace well-being and the fight against inequality).
CEPOVETT's 2020-2025 progress plan is aligned with that of the SDGs - and all our energy is focused on SDG 12 - so that the company integrates this global programme's universal agenda into its roadmap. 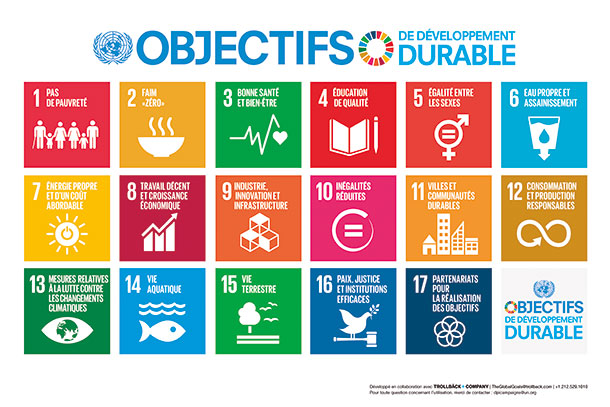 Working towards CEPOVETT’s vision for 2030

CEPOVETT is reevaluating its raison d’être, the future of its business sector and its customers in 2019, within the scope of a new vision for 2030. Continuing the tradition of succession, this family business is reaffirming its ambition to be just as efficient in the years to come and to ensure that its activities are sustainable.
The acquisition of LAFONT - founded in 1844 - was a huge step for the group, the OX’BRIDGE brand stands out as the brand for professional prêt à-porter, and CEPOVETT SAFETY’S statement shapes the future of the protection of workers. This end of year 2019 is the opportunity for the company to realign its corporate vision, its mission, its ambitions and its values with its future challenges.

The company can no longer be satisfied with doing no harm, it increasingly integrates the idea of "doing good". For CEPOVETT Group, the idea of going beyond taking into account the negative externalities of its activities is part of a desire to maximise its positive impact, while seeking to increase its overall value: better products and services, greater attractiveness to customers, greater resilience in its market, well-being for its employees or daring to co-construct with its stakeholders. Today, the contributory enterprise is at the heart of the social debate, in the service of a "common good". The issue is all the more important as it conditions the survival of the business model!
In 2017, CEPOVETT Group consolidated its position as the French leader in professional clothing with a turnover of almost 130 million euros. The company is pursuing its policy of sharing good CSR practices with all stakeholders and is following a logic of experimentation, of "small steps", by integrating the UN's Sustainable Development Goals (SDGs) as a roadmap. Member of the board of Global Compact France and co-founder of the Tour de France PME, CEPOVETT Group is also, since January 2016, a member of the Board of Directors of the College of Sustainable Development Directors (C3D).

As a liberated company, CEPOVETT Group favours the empowerment and responsibility of men and women so that they can be part of a logic of well-being at work while promoting diversity. For the organisation, it is a way of freeing individual energies to serve the collective and to take a positive look at management, the employee, the work and the company. In 2016, the acquisition of one of France's finest workwear companies strengthened its position as the French leader in professional clothing with a turnover of almost 130 million euros. With a view to sharing best practices and CSR progress, CEPOVETT Group is a member of the Global Compact France office and co-founder of the Tour de France PME, which meets the men and women involved in CSR in the field. Since January 2016 CEPOVETT Group is a member of the Board of Directors of the College of Sustainable Development Directors (C3D).

A collaborative dialogue with our stakeholders

Since 2010, the CEPOVETT Group has been raising awareness of Corporate Social Responsibility (CSR) within its ecosystem by contributing to various French and international networks. In 2015, CEPOVETT Group's involvement as a member of the Global Compact France office resulted in the Presidency of the Club PME Climats, a collective initiative initiated with 8 other French SMEs which enabled the voice of SMEs to be heard during the COP21 in Paris. This initiative to share and promote concrete solutions, made up of "small steps" in favour of the fight against global warming, will be spread throughout the country from 2016 onwards during a Tour de France PME Climats. In addition, CEPOVETT Group has actively contributed to the Collège des Directeurs du Développement Durable (C3D) by co-facilitating the SME and CSR group, which should lead to the adoption of a collaborative mechanism between SMEs, large groups and students.